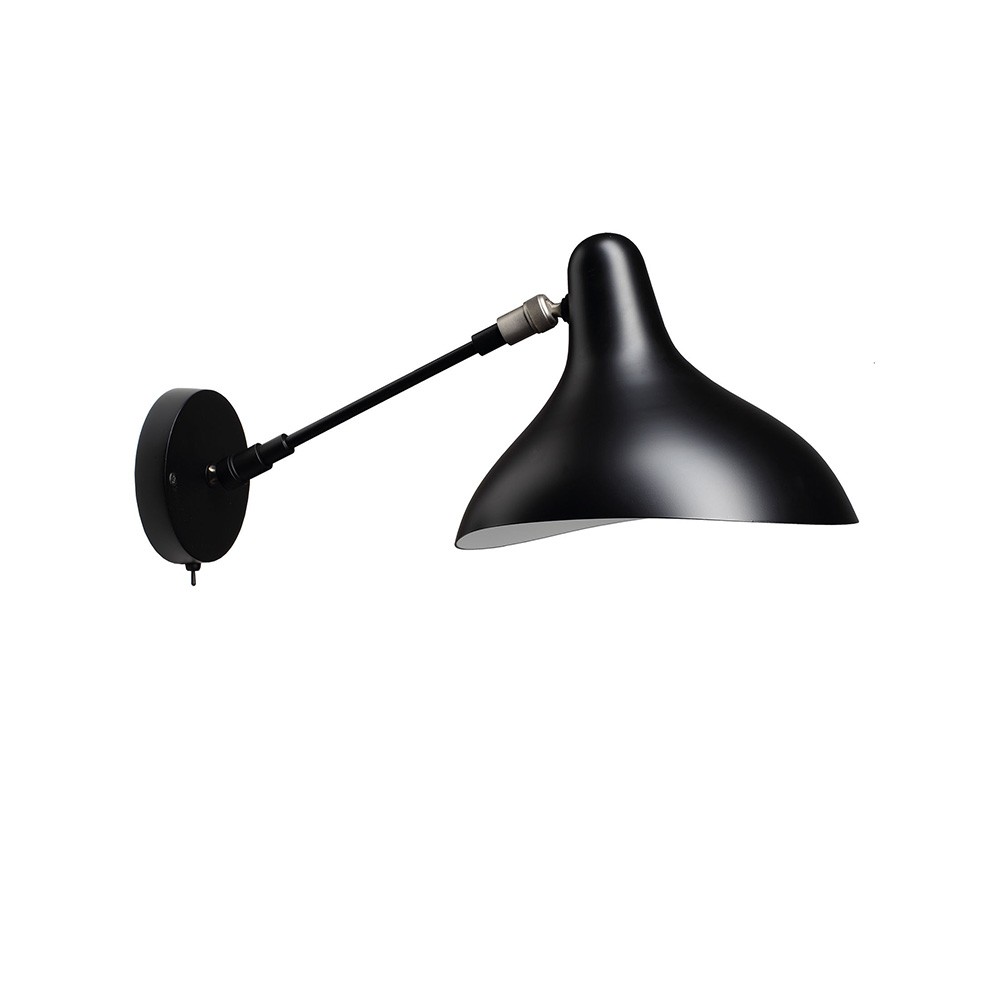 The Mantis collection was designed in the early 1950s by sculptor Bernard Schottlander. Schottlander, an admirer of Alexander Calder, devised his lights to give an idea of movement, with a shade poised like an acrobat suspended in midair.

It is possible to direct the flow of light with precision; to highlight a work of art, or for reading.

The Mantis BS5 ceiling light is available in two colours: black or grey-green.