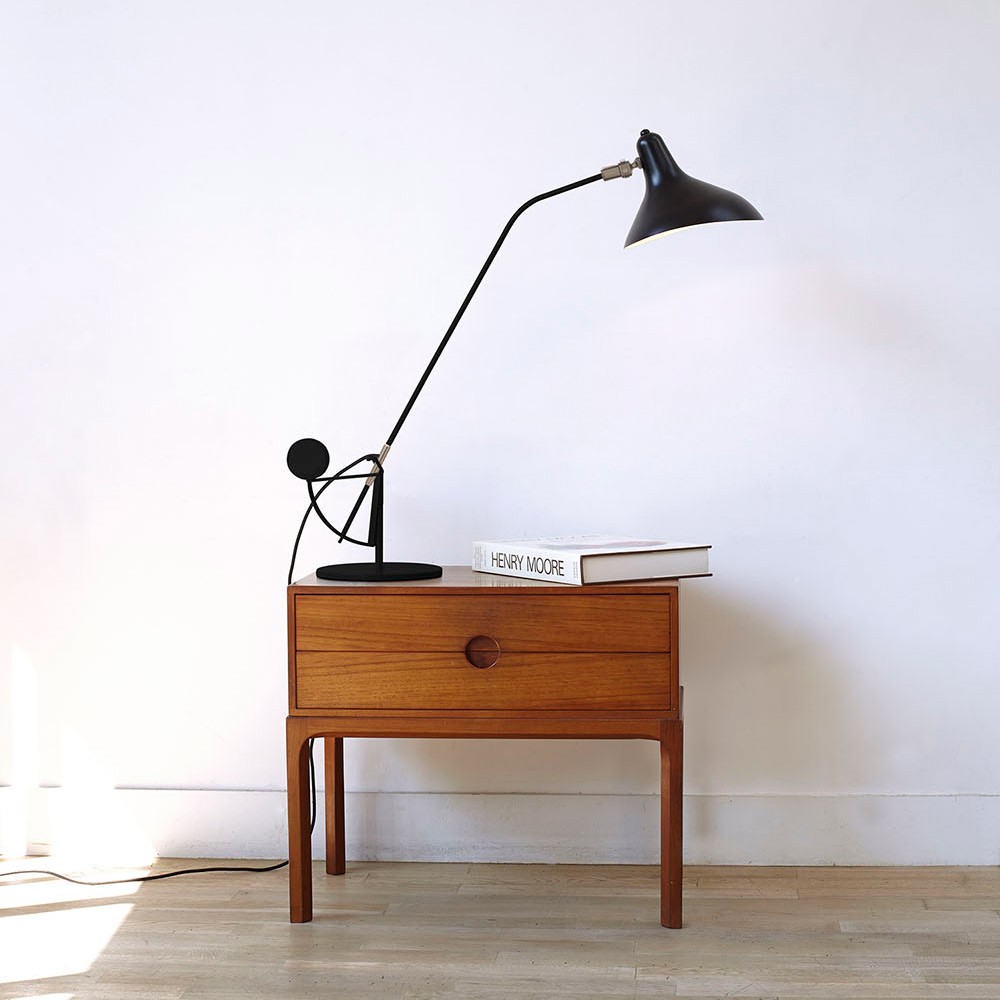 The Mantis lamps were designed in the early 1950s by sculptor Bernard Schottlander. Schottlander, an admirer of Alexander Calder, devised his lights with the idea of movement, developing a clever counterweight pivot system, using flexible and resistant metal rods.

The shade is also unique. Poised - like an acrobat suspended in midair - it is made from spun aluminium using traditional metal working skills, but to which the artist Schottlander added a helical movement, opposing the symemetrical and the asymmetrical.

The Mantis BS3 lamp is perfect for a desk, a console table or a bedside table as it allows light to be directed with ease. The lampshade can be rotated in 4 positions and the base rotates at 360°.