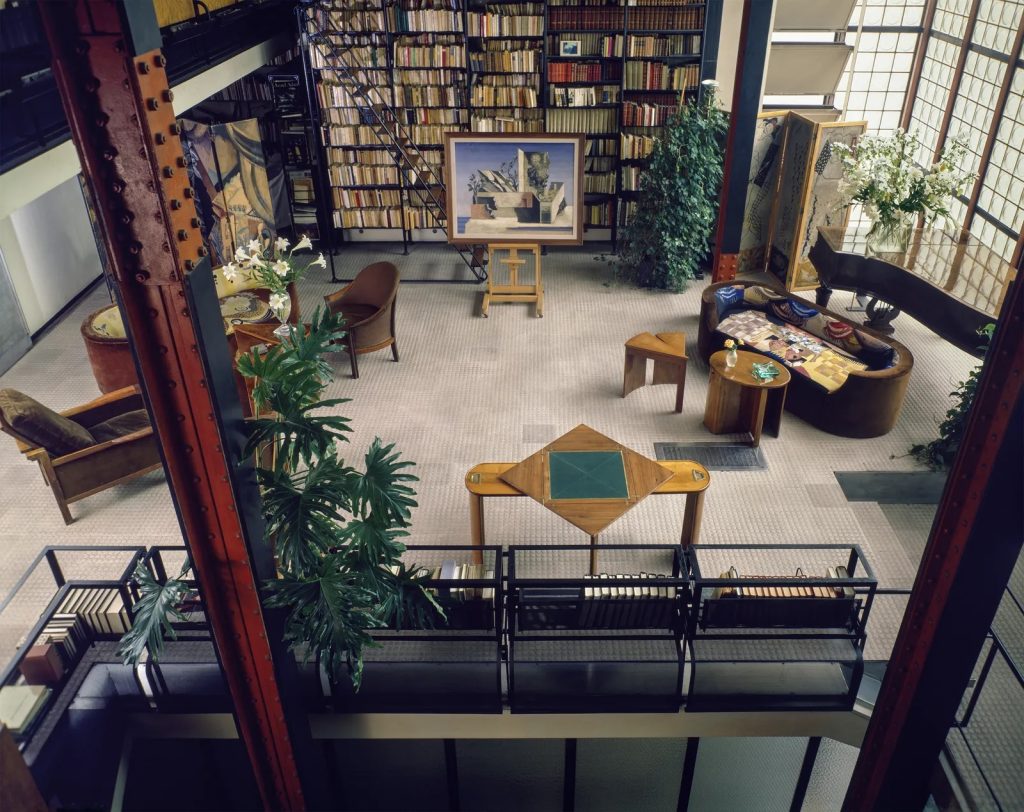 Hidden at the end of a courtyard in the 7th arrondissement of Paris, the Maison de Verre continues to inspire architects worldwide, almost a hundred years after it was built.

The project began in the 1920s. Pierre Chareau and his wife Louise were friends with Annie and Jean Dalsace and it was to Chareau that the Dalsace’s turned when it came to rebuilding their mansion rue Saint Guillaume in Paris.

Pierre Chareau soon came up against a major constraint: the Dalsace’s tenant on the upper floor of the building refused to move. Chareau dreamt up a plan where the upper floor and the side of the mansion would be preserved, and the new house slid into place under the old. The new structure was to be built on stilts and lit by a glass facade. 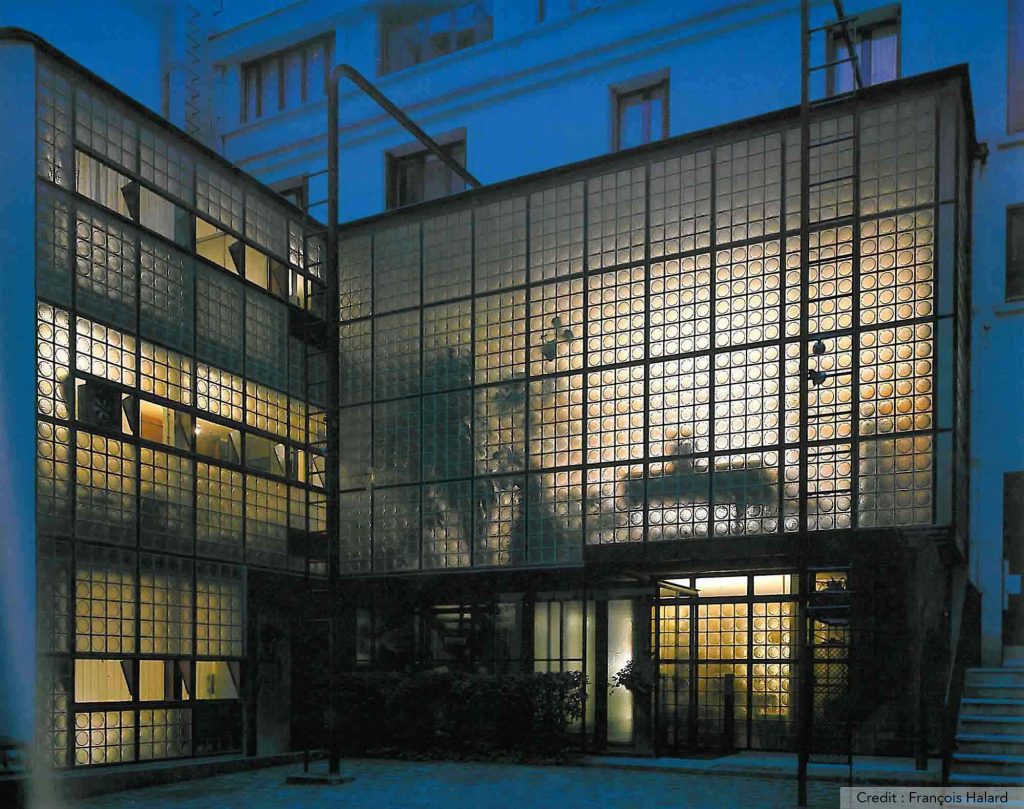 It was the first facade ever to be built entirely in glass. Saint Gobain’s Nevada glass bricks had only been available since 1928. Saint Gobain was reluctant to supply them and refused insure the project, fearing that the bricks could crack if stacked too high.

Pierre Chareau transformed the utilitarian elements of the house into decorative elements, keeping the steel structure, pipes and ducts visible – decades before the same was done at the Centre Pompidou. From inside, the rooms were lit by the rays of the sun filtered through the glass bricks, and by night by projectors in the courtyard.

“The light here is beautiful whether you are inside or outside. It enters the building during the day, beautifully diffused. Then when you stand outside the building at night, the building appears as a magic lantern … “

Composed of three floors, the house was designed as a total work of art. Chareau designed all the furniture and lighting in the house (except a dining table and chairs). Even the door handles were specially designed: conceived at a special angle, the handles in Dr. Dalsace’s surgery allowed the doctor to bow whilst saying goodbye to his patients. As Annie Dalsace put it, Pierre Chareau “started by creating the furniture, then the rooms in which to put the furniture, then the house in which to put the rooms…”

Conceived in an industrial way, the house quickly became utterly bespoke. Robert Rubin, the current owner, describes it as “a very poetic idea of the possibilities offered by prefabrication …” Chareau combined glass with exotic wood, with rubber and perforated metal. What is incredible, says Rubin, is “the tension between the manufactured and the artisanal that emerges from this space.” 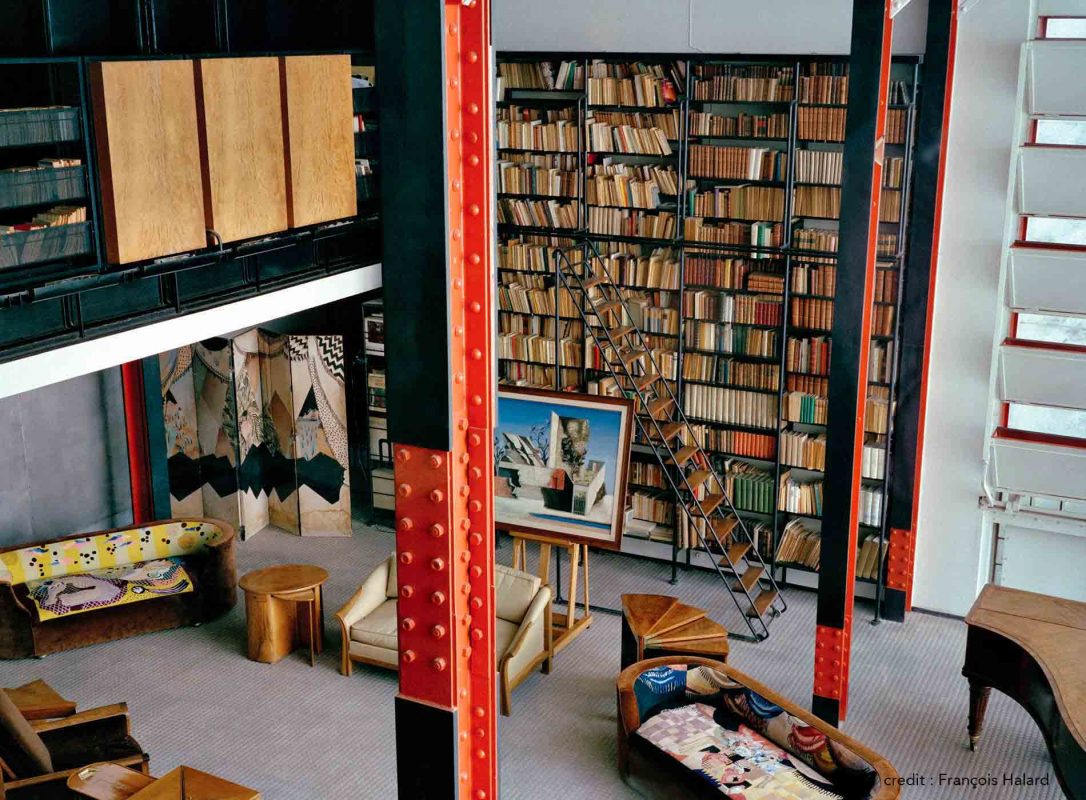 “One of the great rooms of the 20th century” Ada Louise Huxtable, The NY Times

Every detail was carefully thought through : the tables were removable, the seats could be folded. The staircase is retractable and the telephone booth lights up with the weight of the body when you enter… The ventilation system is activated with a large wheel, the bookcase and the balustrade merge and the panels are movable. 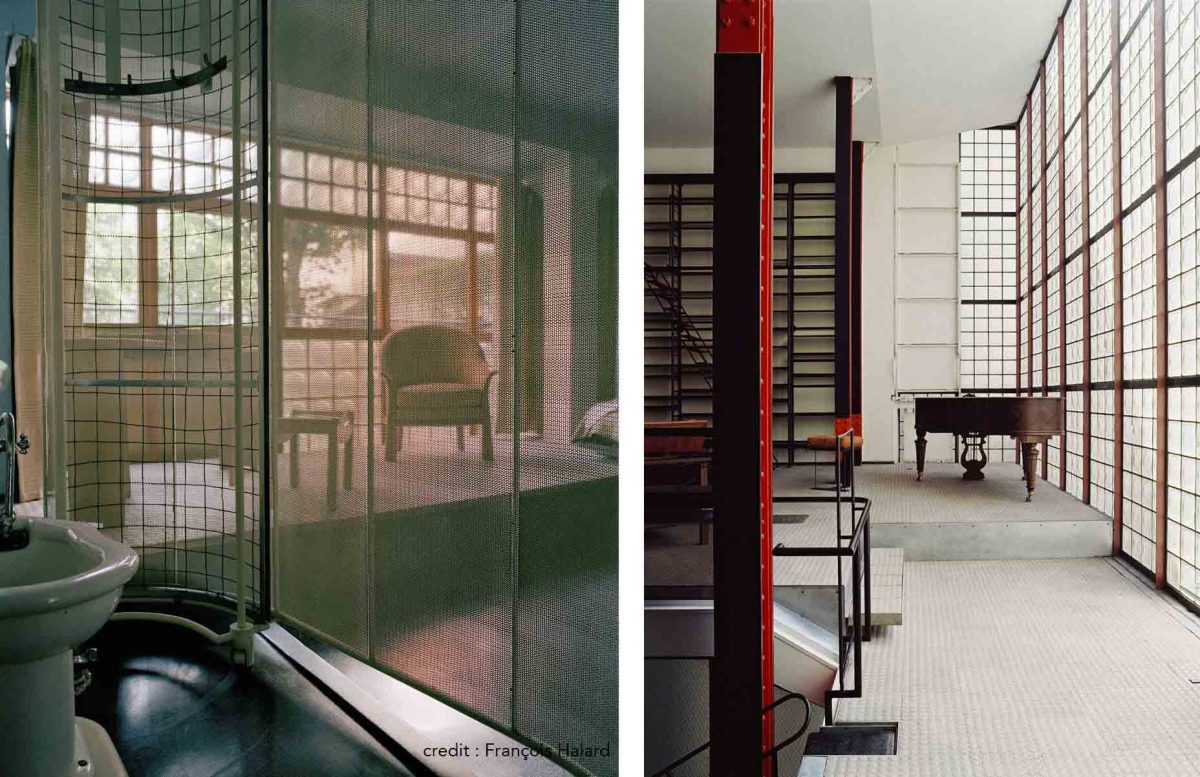 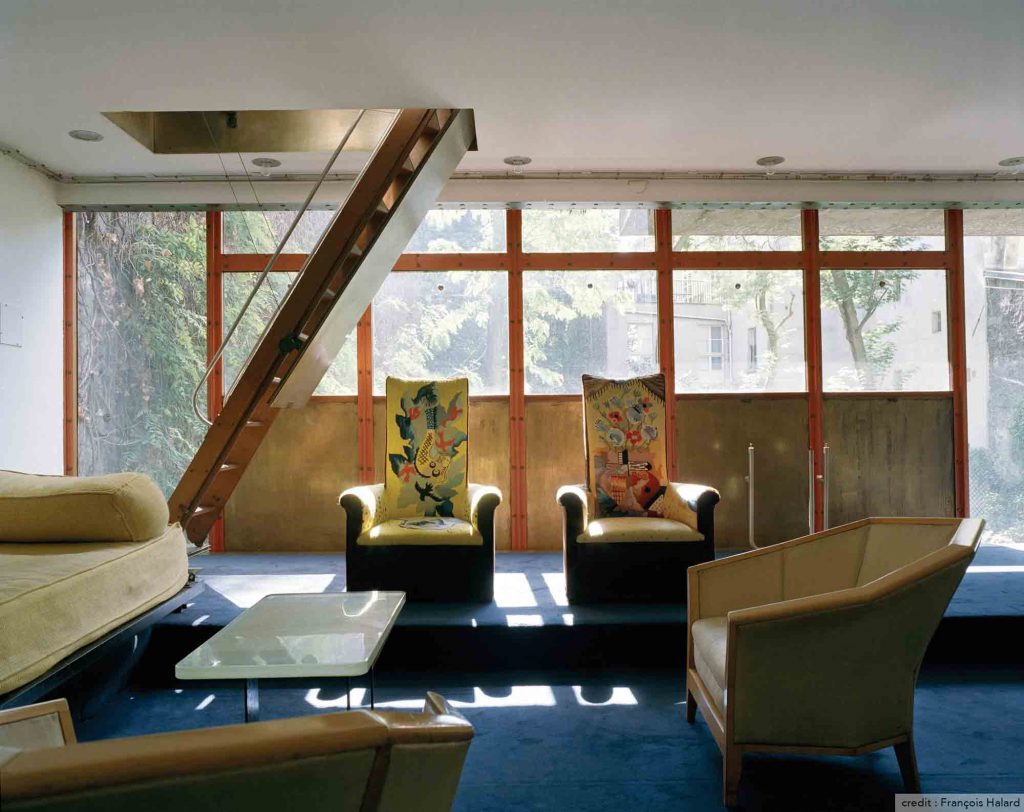 The furniture in the house has evolved over time, especially since the departure of the Dalsace family. It now features a selection of iconic pieces such as the G30 floor lamp by Pierre Guariche…

The Dalsace’s collection of furniture will be sold by auction at Christie’s on October 7th 2021, together with a selection of art by names such as Picasso and Braque.

All auction items are available on the Christie’s website

The La Maison de Verre is open for occasional visits (plan to book several months in advance) for those with a job in a domain related to architecture.